Soprano Hana Abrams is a second year master’s student in Vocal Performance and Pedagogy studying with Ah Young Hong. She made her Peabody Opera Theatre debut last spring as La Novizia in Suor Angelica. She also premiered several roles and as part of the Etudes program, including the Narrator in Dear Father (Kim). This summer, she performed with Opera Susquehanna as Genovieffa and La Conversa in Suor Angelica and covered the Lauretta in Gianni Schicchi. Previously, she portrayed Stephanie in Heggie’s To Hell and Back with the St. Louis Opera Collective, in which she was noted for her “strong voice soaring,” Maguelonne in Viardot’s Cendrillon for Gateway Opera. This season, she is thrilled to perform as Charlotte Lucas in the Peabody Opera Theatre production of Pride and Prejudice.

Equally passionate about educating future generations of musicians, Hana spent several years as an elementary music teacher in the Webster Groves School District. She has also taught for Opera Theatre of Saint Louis’ Opera Camp for Kids, the Baltimore Symphony Orchestra’s OrchKids Collective Composition program, and Stages Music Arts’ Musical Theatre programs. Hana previously earned her BA in music from the University of Rochester and an MA in music education from the Eastman School of Music. Her research into opera education informed her work as an education intern at OPERA America and at Opera Theatre of Saint Louis. 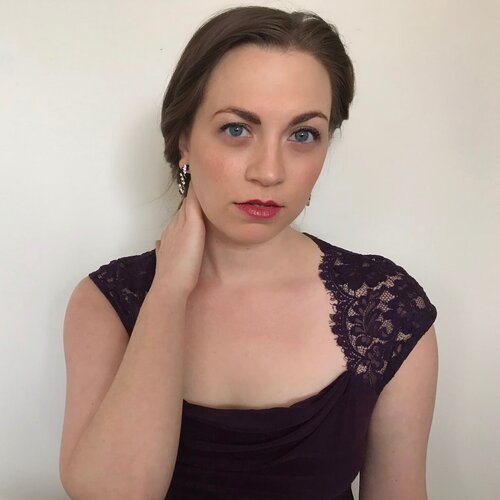 Schedule a Lesson with Hana