John Burkhardt has been rocking the drum kit for over 15 years. At 17, John was invited to tour the US with the Paul Green School of Rock All-Star program, where he had the opportunity to play at the music festival Lollapalooza. Afterwards, John attended the Musicians Institute in Los Angeles, where he studied under Ryan Brown (Dweezil Zappa) and Fred Dinkins (Chaka Khan). John graduated from MI’s Drum Program having mastered multiple styles of music including Jazz, Latin, Hiphop, Rock, R&B, and Pop. He then took his talents back to Baltimore where he joined the cover act, Under The Covers, with Stages team members Charles Simon and Brennan McShane. Now, John plays with his original Baltimore rock band, Thunder Club, which has been featured numerous times on 89.7 WTMD and sold out multiple shows. 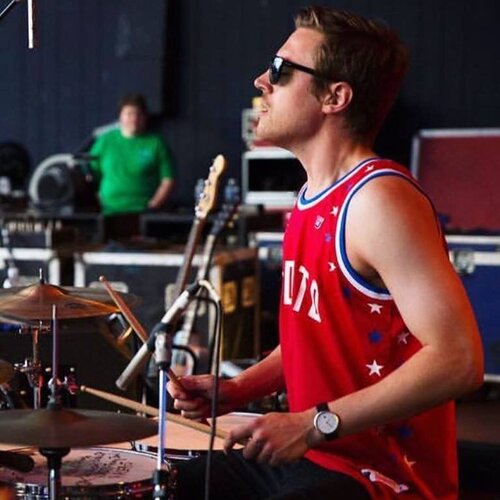 Schedule a Lesson with John