Since the age of 14 Sanjay has had two goals, write riffs and play guitar. Since studying with various teachers such as Stages Music Arts own General Manager, Charles Simon, Sanjay has found his niche playing technical death metal.  Bridging the gap between melody and brutality, Sanjay is pioneering new sounds never before heard in death metal.  Sanjay achieves this goal by combining melodic devices influenced by jazz and fusion players with the raw heaviness of metal.  Sanjay is a part of many technical death metal outfits such as Wormhole, Equipoise, Perihelion and Greylotus. 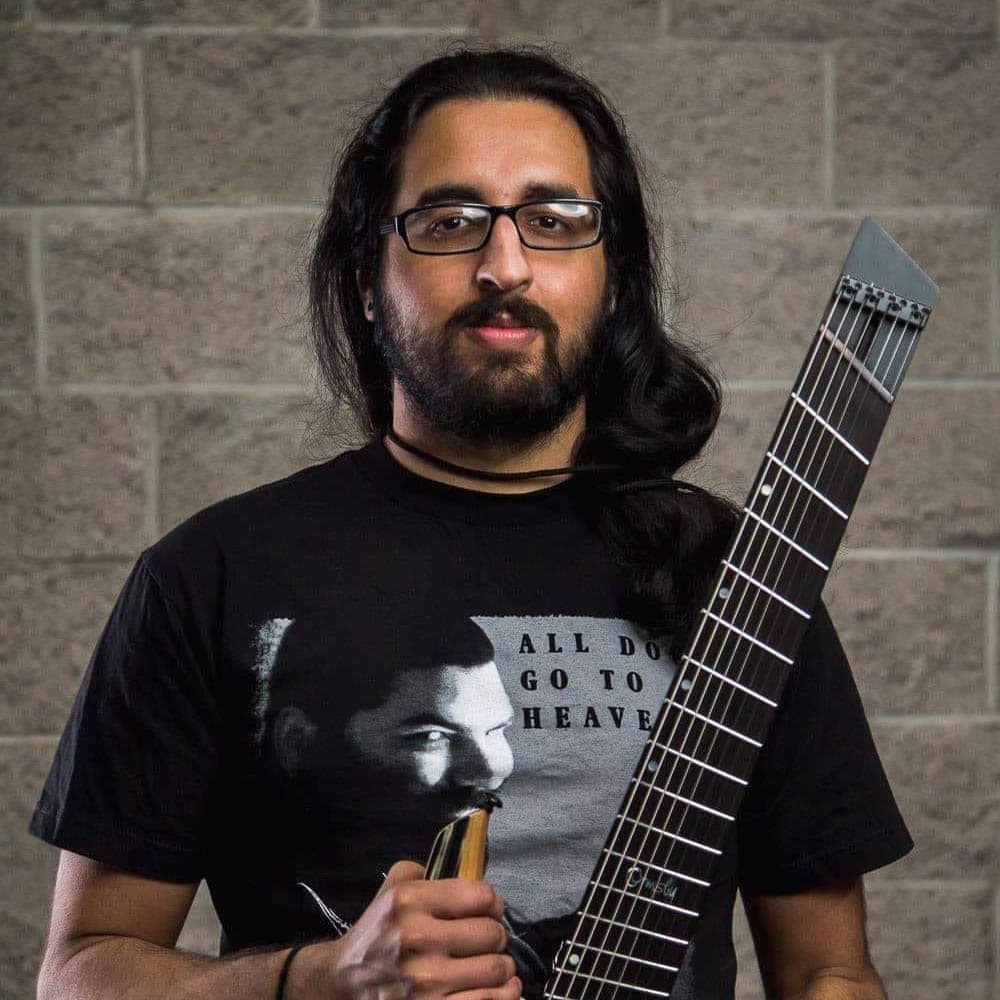 Schedule a Lesson with Sanjay