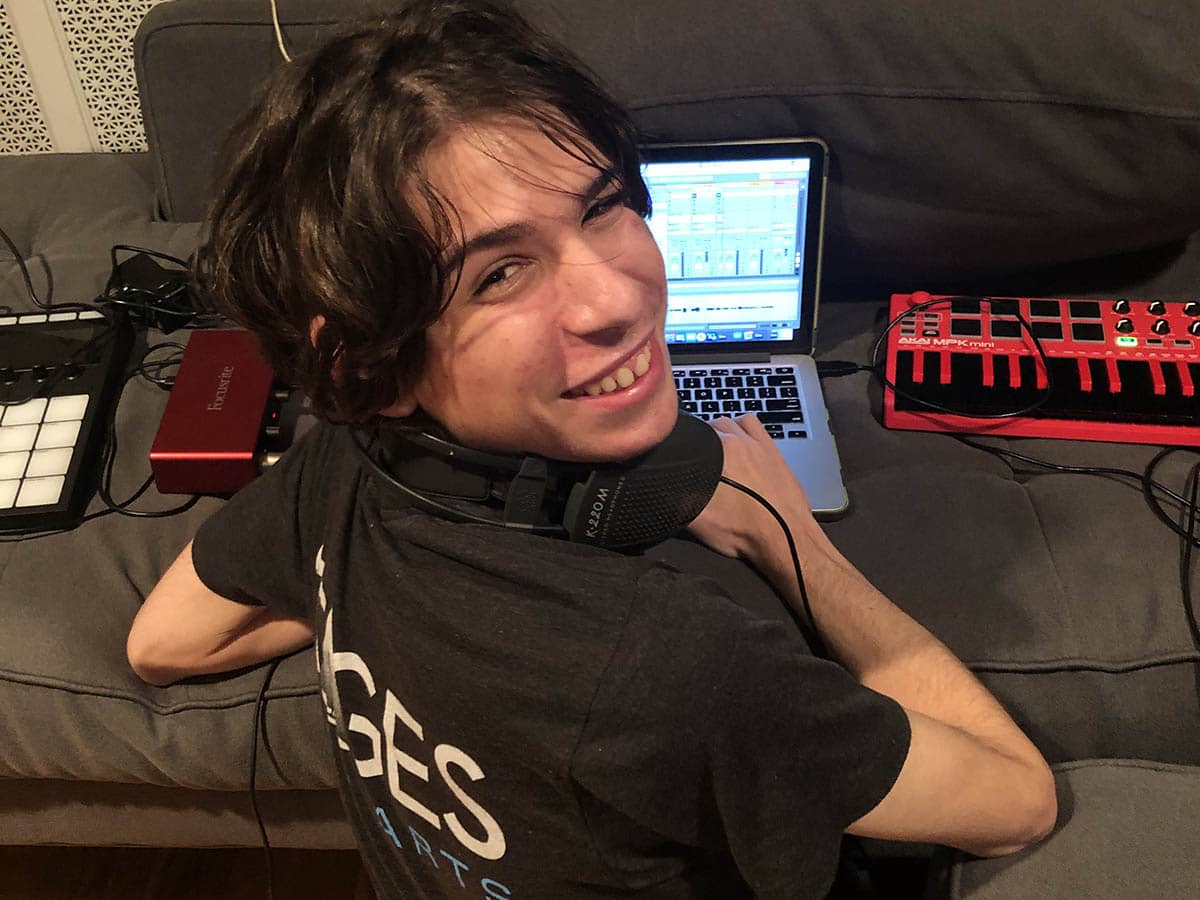 The original music of a Stages Music Arts student can now be heard across the country. James Burrows, who takes electronic music production with Jason Cohen, recently scored five station IDs for Cozi TV, an NBC-owned TV station that airs classic series from 1950s to the 2000s.

James, who was diagnosed with autism when he was two-and-a-half years old, worked with beatboxer and teacher Max Bent on recording his compositions.

“He really loved the animations,” Nancy Burrows, his mother, says. “Scoring to these visuals excited him creatively.”

James adds, “I thought they were neat looking. I selected a few styles and tested them out.”

Nancy says music has been the way James best expresses himself and connects with others since he was 2.

James has been a Stages student for two years and “absolutely loves it,” she says.

“It’s his favorite place to be.”