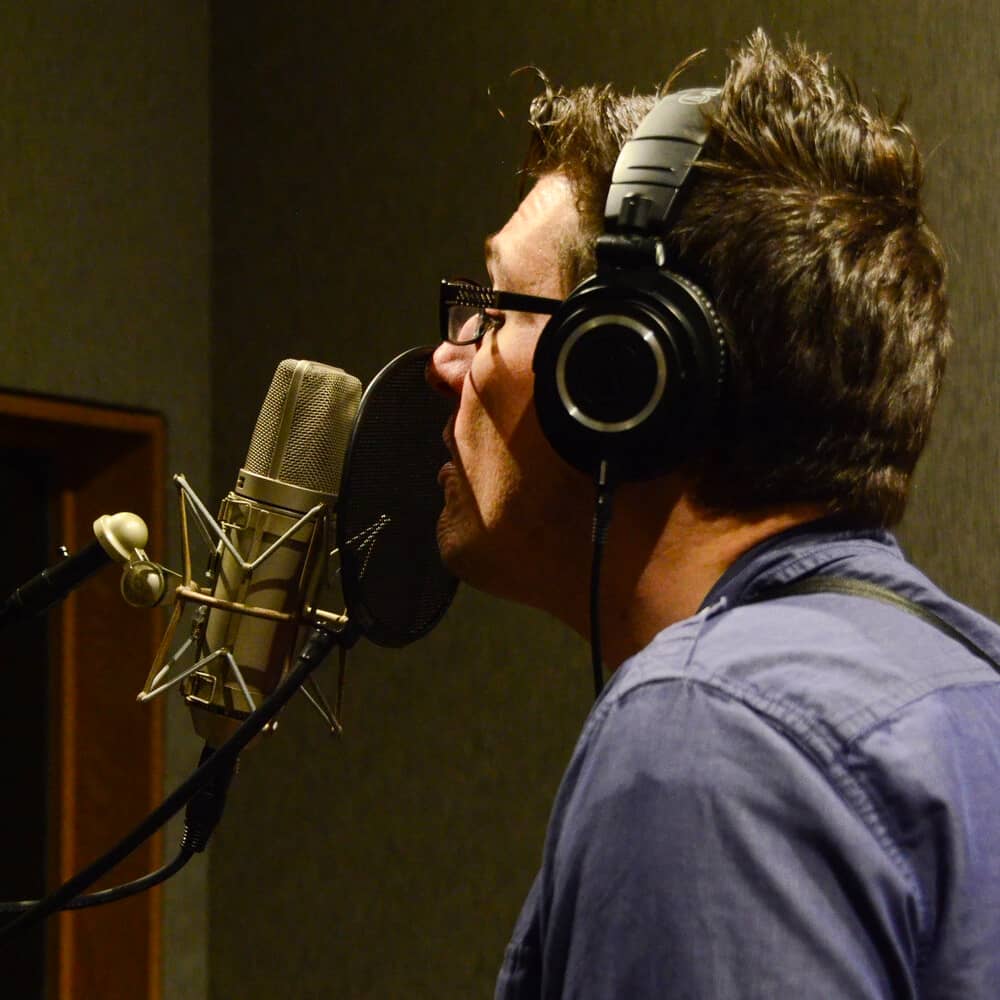 Matt Hutchison wanted his latest album to come alive in the studio. So for the last year, he assembled a group of his favorite musicians once or twice a month, armed with only a rough demo from Hutchison and some ideas, to record one song per session. “I really wanted to bring a cadre of musicians in, friends of mine whose instincts I completely trusted,” Hutchison said. “The dragon I was chasing was that band atmosphere, that collaborative thing, which I enjoyed with my previous band Fools and Horses.

It all came together at Stages Music Arts, with producer Rich Isaac at the soundboard. The two are longtime friends, and had been talking for years about making an album together. “I’m just such a fan of his music, and I knew it was going to be great players,” Isaac said. “Those guys were just all in it together. Everybody was so unselfish. Everybody was serving the songs, serving the record.” The eight musicians (including Hutchison) created a cohesive, 11-track pop-rock album, released December 26. “Yesterday’s Kid,” credited to Matt Hutchison & the Big ’Gin, features Hutchison’s solid songwriting front and center, accentuated by a top-notch band that sounds like it has been together for years. “It’s almost as if I brought in a black and white sketch with a pencil, then I just gave it to these guys,” Hutchison said, “then we left with some masterpiece worthy of the Louvre. They just blew the songs out of the water.” The album features Zack Branch and Chris Martin on bass, Michael Vincent Ross and Hutchison’s brother Tim on drums, Bill Dixon and Savino Palumbo on keys, Brent Madsen on trumpet and Hutchison on vocals and guitar. The album’s first track “Four Leaf Clover,” was picked up by local radio station WTMD. 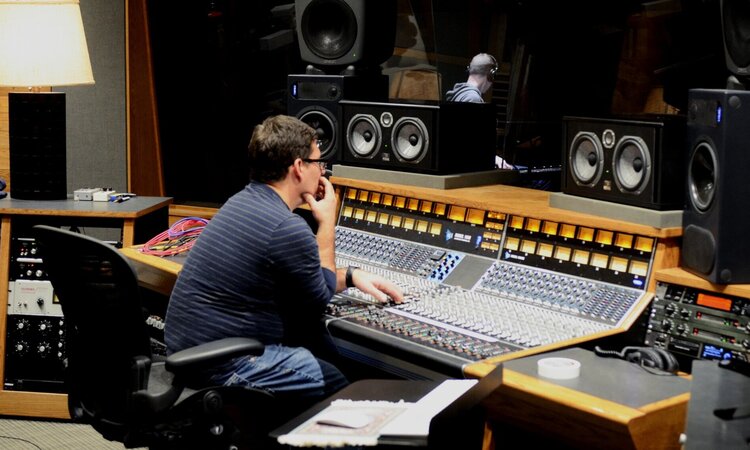 It was Hutchison’s first time recording at Stages, but he felt at home the second he walked in to what he called a “state of the art facility.” “When you walk in, at least when there’s students around, I get a sense of this passion for music. When you see these kids coming in really just wide-eyed and ready to rock, it’s empowering. It’s inspiring,” Hutchison said. “Every day we walked in there, it’s like man, this is where you need to be cutting music – where the energy is just so fantastic.” Isaac, who had mixed one of Hutchison’s previous albums, suggested Stages when he and Hutchison decided to make a record together. “I just love the layout. I love the people,” Isaac said. “It’s just fantastic. It’s got a great vibe.”

For Isaac, that allowed him and the band to shape the songs in the studio organically. He always went in with a plan, but his ideas would sometimes become the backup plan as the band would come up with their own parts. Hutchison called Isaac the “captain of the sonic ship.” Ideas such as changing the key in one song’s outro and bringing in a trumpet player to solo on one song really elevated and polished the album, Hutchison said. The album’s title track features a string orchestra, which Hutchison and Isaac decided to hire after digital strings weren’t cutting it. “He’s got great, what I called ‘board-side’ manner,” Hutchison said. “If you’re struggling with an idea, he can communicate what the problem is. He’s just an effective communicator.” For all the compliments Hutchison gives to Isaac, the album also proved to be a rewarding experience for the seasoned producer. “I’ve been doing this for a while. I’ve made a lot of records, and this is the first one in a while where I really feel like we did something special,” Isaac said. “So I hope people hear it and I hope people enjoy it.” 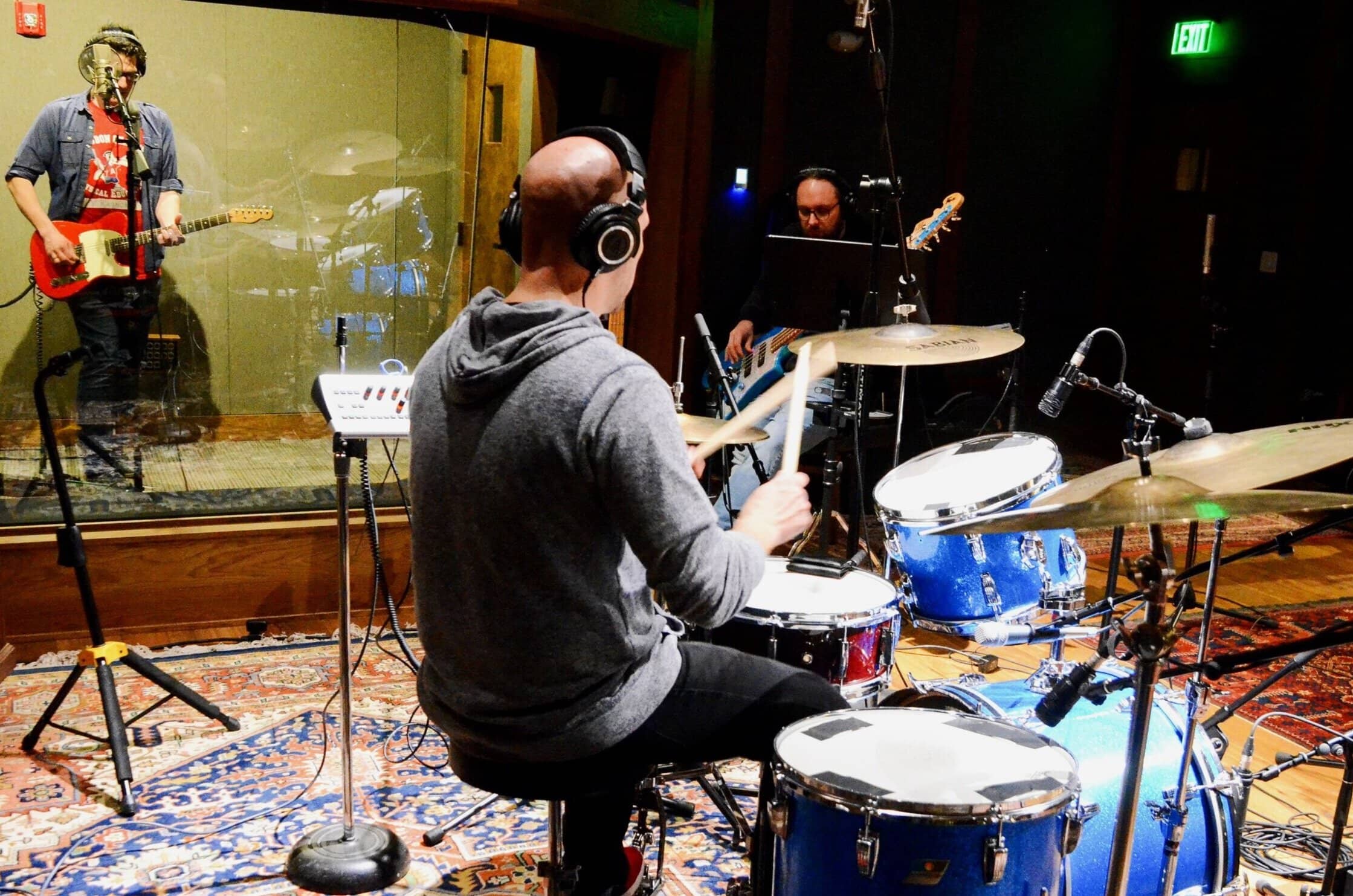 Marc Shapiro is a Baltimore-based photographer and writer. See more of his work on his Facebook page.