Solidifying the Foundation of the Rhythm Section 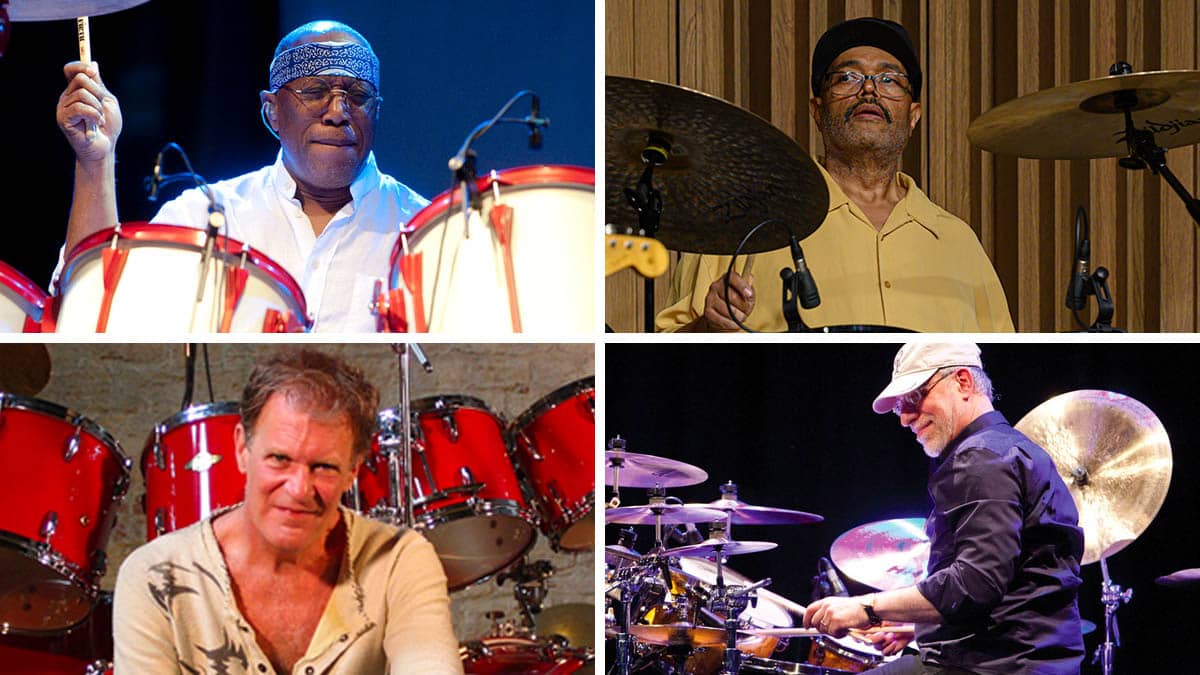 Establish, as a drummer, a sense of being a contributor to the foundation of the rhythm section in order to support your fellow musicians. Other topics covered include treatment of tempo and how to establish a groove in the rhythm section.

This was a life changing experience!
Kellie Rae T.

The Art of the Rhythm Section Retreat was amazing. I learned so much from all of the coaches!
Malachi S.

It was incredible playing with Billy and Spectrum 40 Band and benefitting from each of the coaches’ perspectives!
Ron W.

In a word, transformational!
Ioannis G.

Legendary drummer Billy Cobham is opening his musical world up in a first-of-its-kind exclusive online workshop series: Billy Cobham’s Guide to Stress-Free Drumming. In a series of 9 three-hour monthly workshops, Cobham and a group of hand-picked guests – world-class drummers Dennis Chambers, Gary Husband, Will Calhoun and Dom Famularo – will teach the art of playing “simply but effectively.” Cobham and his guests will explore how to be the pulse, creating a foundation to support your fellow musicians while injecting your musical history and unique voice into your performance. These masterclasses will offer live coaching, giving participants a chance to have their playing personally reviewed by some of the greatest drummers in the world.

The Opportunity of a Lifetime!

Each class includes a download of a Billy Cobham original composition, drumless play-along, and PDF transcription.

Attendees have the opportunity to submit recordings of themselves playing along to Billy’s original songs and can receive live feedback from Billy and the instructors.

Billy Cobham
Dennis Chambers
Gary Husband
Dom Famularo
Widely acknowledged as the greatest fusion drummer of all time, Cobham came to prominence in the late ’60s and early ’70s playing on seminal recordings by Miles Davis and then the Mahavishnu Orchestra. A prolific band leader with more than 30 albums under his name, Cobham’s influence stretches well beyond the world of jazz. Billy Cobham’s Guide To Stress Free Drumming is the culmination of his life’s work.