Stages Music Arts offers two state-of-the-art recording studios in a private, secluded environment located just 20 minutes from downtown Baltimore. Designed by Bay Acoustics, a leader in room acoustics design, these spaces come complete with all the world-class equipment and amenities any artist or band could need, so all you have to worry about is showing up and letting the creativity flow.

Each recording studio has a large tracking room designed for optimum sound with 16-foot ceilings and two isolation booths, all with clear sightlines to fellow musicians and the large control rooms. The studios have extensive outboards and microphone collections, and house equipment including drum kits, bass and guitar amps, and a Nord Stage 2 keyboard. For relaxing in between takes and staying fresh during long sessions, each studio has a lounge with a kitchenette and a private ensuite bathroom with a shower.

For in-studio filming, each room is equipped with SDI video lines inputs and two PanTiltZoom video cameras for remote monitoring.

Ready to record your next album or single? Contact us to book your studio time. 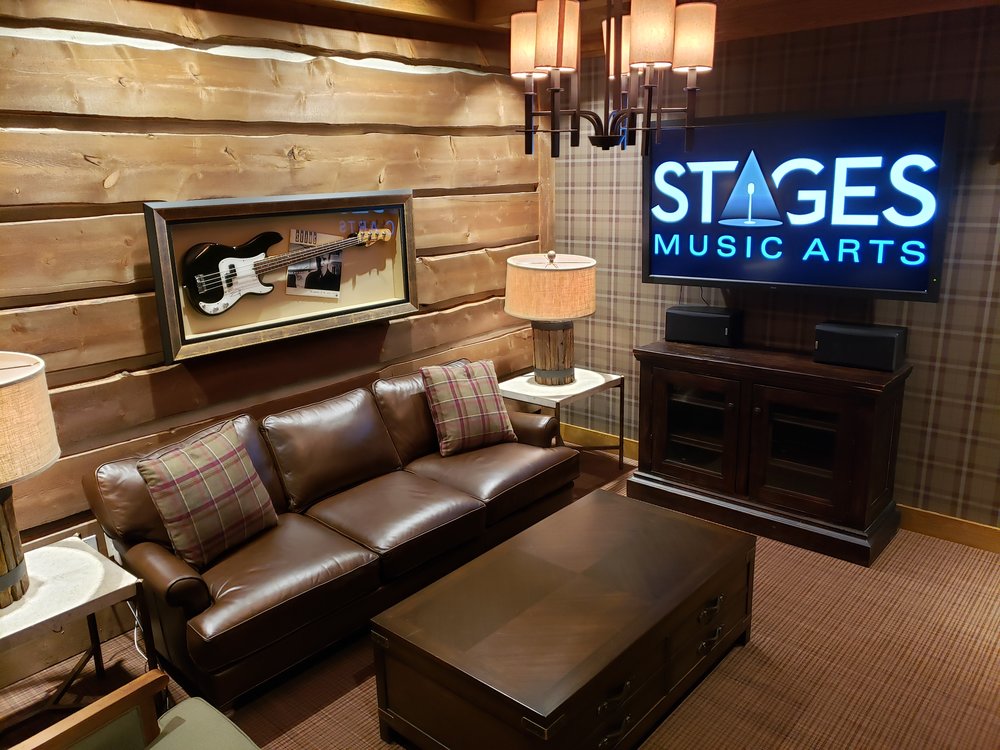 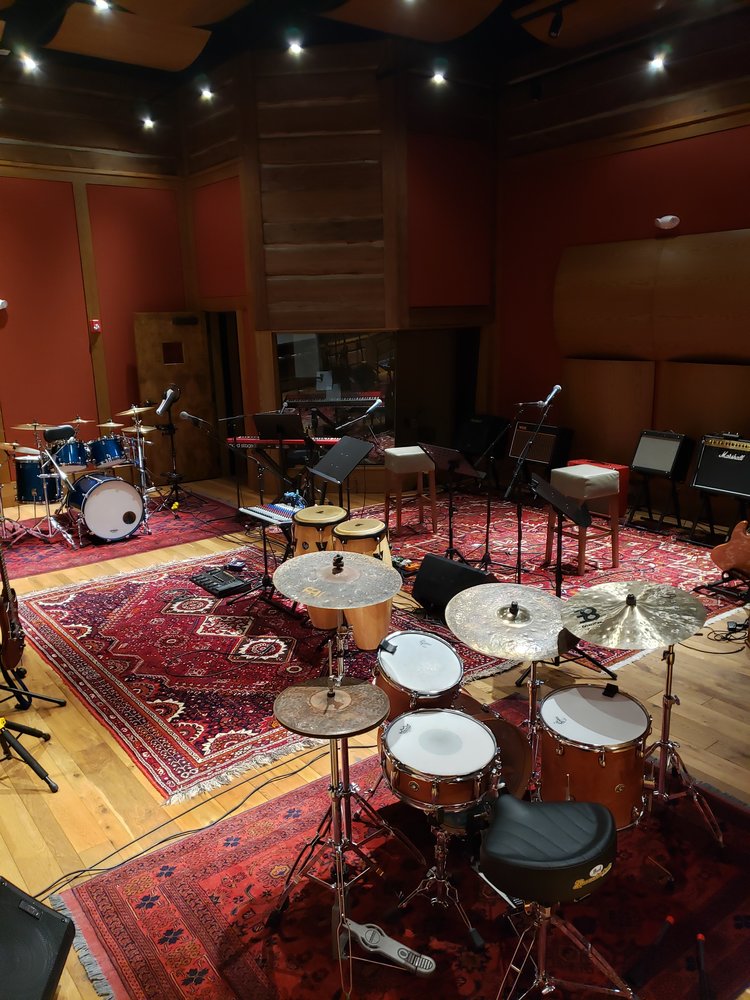 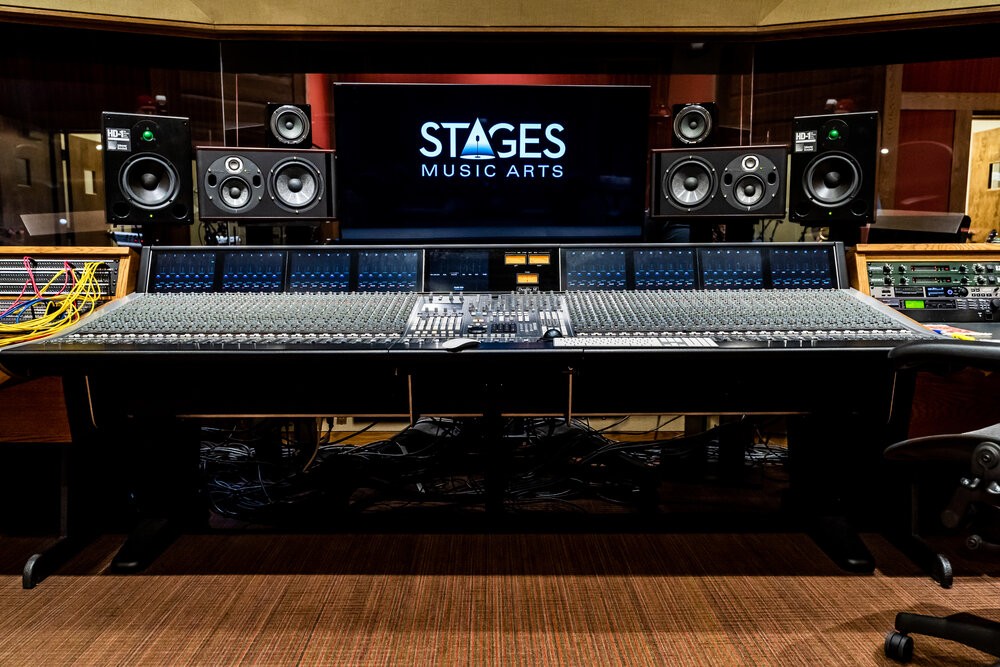 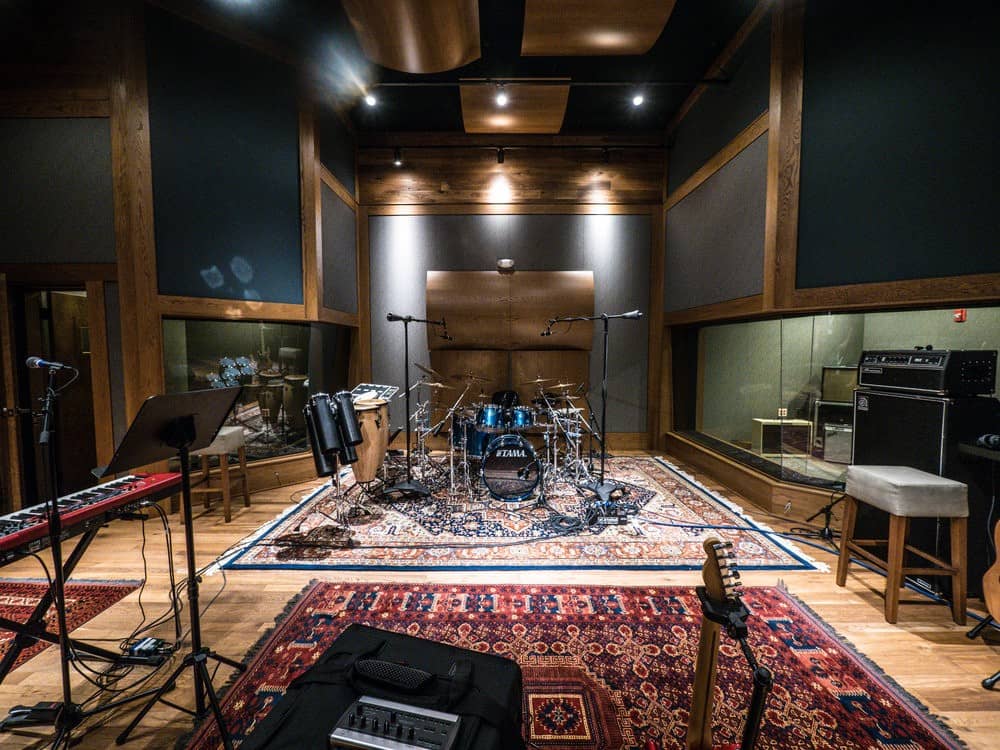 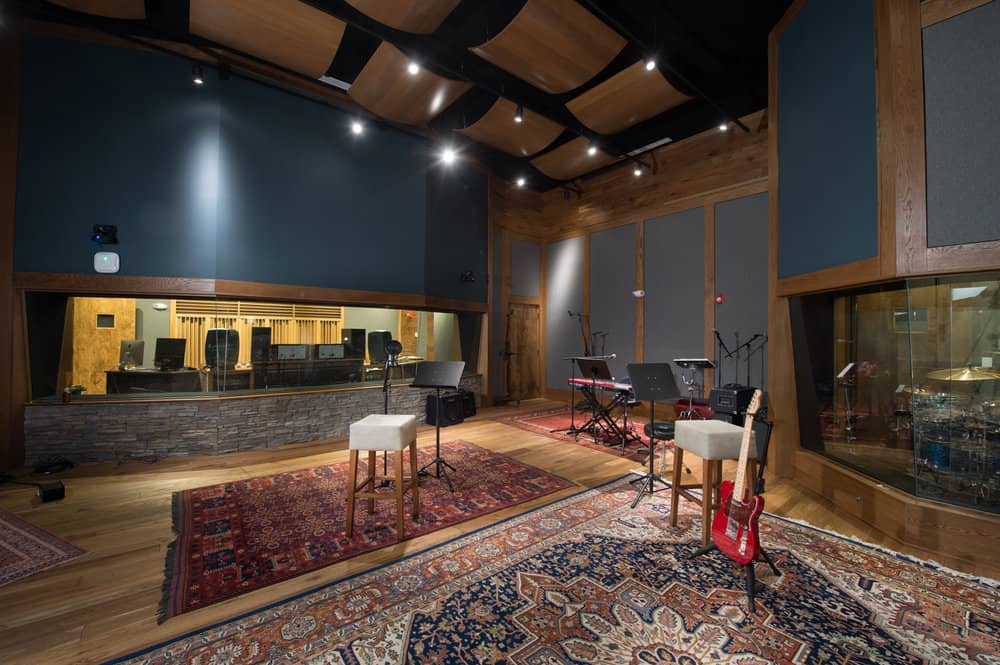 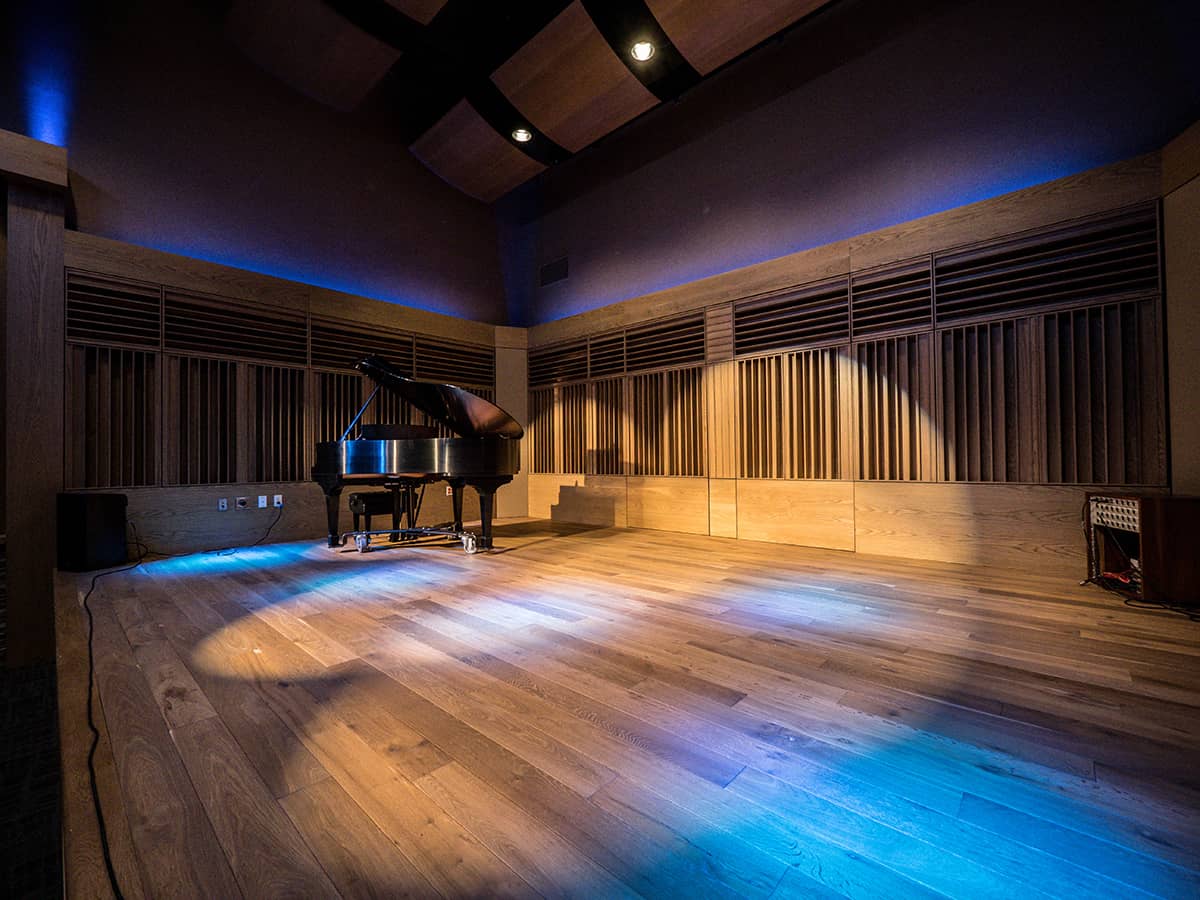 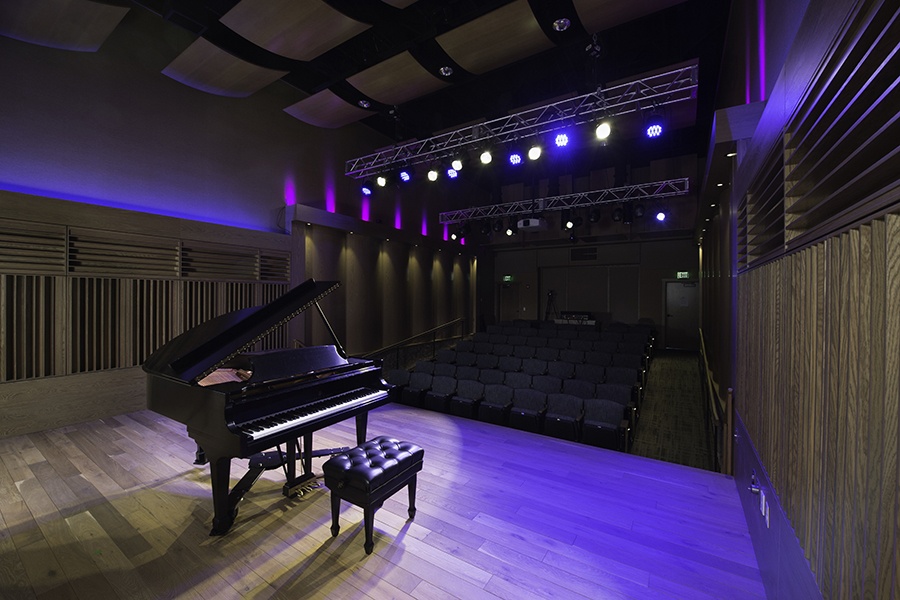 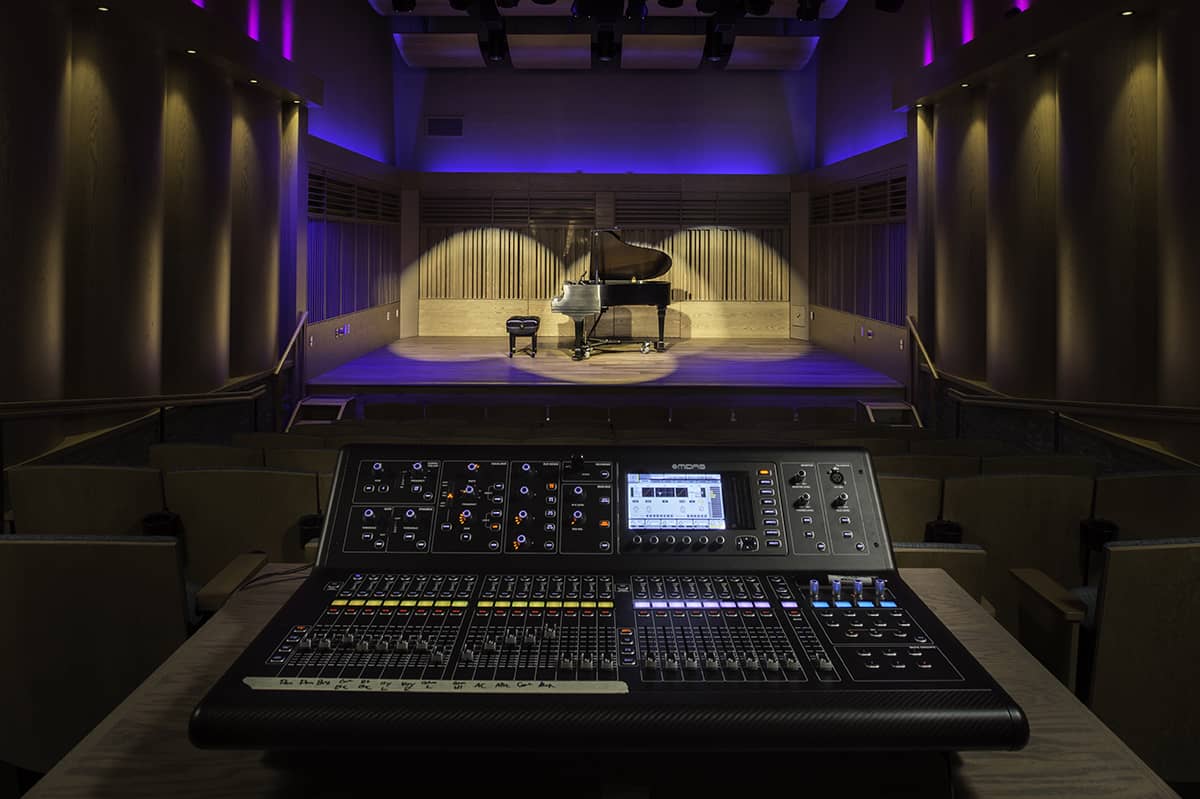 Our 60-seat Julian S. Smith Performance Hall is an intimate space with the sound of a large concert hall. Designed by Baltimore’s Bay Acoustics, the hall supports both electric and acoustic performances. Our performance hall also houses a Steinway Model M 5’7″ medium grand piano, which can be utilized for tracking or overdubs. It connects to both studio control rooms via Dante network to send/receive signals so that events can be recorded and mixed from the control rooms.

Working with Bay Acoustics, both studios and the performance hall were designed for music down to the last detail – from HVAC, plumbing and electrical systems to partitions, doors and exteriors walls. 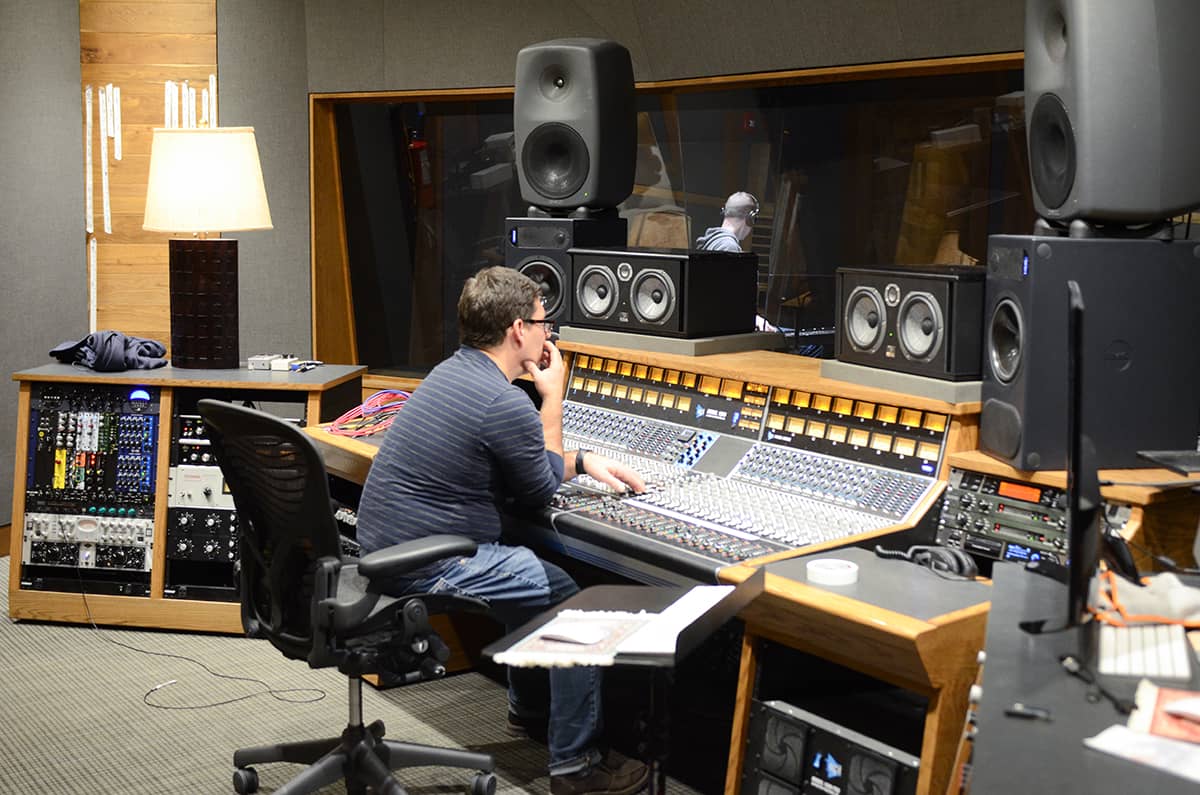 Our experienced producers and engineers are some of the best in Baltimore. Highly talented professionals, they’ve won Emmy awards and worked with Grammy award-winning artists.